Hungary backed up a stellar 2021 with an equally impressive 2022, attracting high-profile productions including Netflix series All The Light We Cannot See and Legendary/Warner Bros sci-fi epic Dune: Part Two. The first episode of Denis Villeneuve’s blockbuster was shot partly in Hungary, and the Canadian filmmaker returned to shoot the follow-up at Origo Studios in Budapest.

Netflix series All The Light We Cannot See is an adaptation of Anthony Doerr’s epic Second World War novel, produced by Shawn Levy’s 21 Laps Entertainment with Levy directing. The adaptation is written by Steven Knight (Peaky Blinders) with Aria Mia Loberti in the lead.

“It is electrifying to witness the post-Covid boom in our screen industry,” says Hungary film commissioner Csaba Kael. “Local expertise is growing, and the country is completely safe for international filmmakers.” This was due partly to the industry enacting strict Covid-19 protocols quickly to create a climate of confidence.

Another to choose Hungary was Sky thriller The Fear Index, produced by UK outfit Left Bank Pictures. “We were looking for somewhere to double for Geneva [where the show is set]. Budapest felt like a great option because a lot of the architecture was a good match,” says Sharon Hughff, former executive producer at Left Bank Pictures. “The Hungarian crew are fantastic. They are very adaptable and experienced, and are used to being very busy with international productions, so they are never phased by our needs.”

A stunning variety of locations is also a plus point, with plenty of historical architecture, forests and smaller villages within easy reach of capital — and production hub — Budapest. The city can also double for London, New York, Buenos Aires and Bangkok.

You are spoilt for choice in Hungary. The variety of landscapes is incredible. In popular Budapest alone you will find everything from dramatic history and flamboyant architecture to healing thermal waters, opera houses and sports stadiums.

All location palettes are on offer in the capital city, from classical to modern, industrial to upscale, hipster to retro, with castles and rural landscapes.

”The locations are varied and offer many look-a-like locations to most European cities making it an attractive place to shoot your next production. Budapest is often called Little Paris for good reason, but you may find a lot of London look-a-like locations as well. The city has stunning bridges over the river Danube,” says Attila Horvath, founder and managing director at Abroad Films. 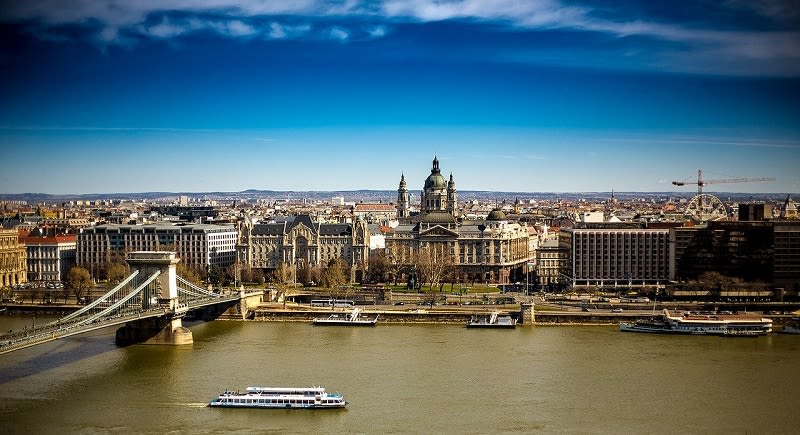 “There are also abandoned old buildings, factories and army barracks that can be used as locations,” says Gergely Varga at Shooteasy Production Services. “And the seaside of Croatia, mountains of Transylvania and the Alps are just a few hours drive away from Budapest.”

“You can find several variations of Europe within Budapest city centre,” says Cait Collins, a producer on The Last Kingdom. “Location wise on the street, you pay per square footage, which they have down to a fine art. This is great because you can adjust it according to your budget.”

Hungary’s countryside attractions include Lake Balaton, the largest in Central Europe, where The Last Kingdom was partly shot; Lake Héviz, the second largest thermal lake in the world; and Hortobágy, the largest natural grassland in Europe.

All locations are within a few hours of each other, and thanks to a mild four-season climate, the country can host productions all year round.

Permits to shoot are generally easy to obtain. You contact the person or institution owning/operating the actual location to gain permission. If it is a street or public space, you contact the local government,” says Juan Amin, a producer at Filmreaktor, which assisted with the Emmy nominated Documentary Now! series, starring Cate Blanchett, that shot across Budapest, from the Opera House to classical apartments. “Process times vary from three to five days, or up to three weeks for full closure permits.

Korda Studios offers six soundstages and 10 hectares of pre-existing backlot sets, including New York, renaissance and medieval. There is also a water tank facility. Origo Studios (formerly Raleigh Studios) is among the largest in Europe, with nine soundstages and a greenbox stage for filming, VFX or still photoshoots. Mafilm Studios, just outside Budapest, has the largest outdoor water tank in continental Europe.

An expansion currently underway (and set to be completed by the end of 2023) will see four new 2,500 square metre soundstages built. The complex already has three soundstages, the largest of which is 1,800 square metres. It also has a medieval town and Second World War barracks backlots, 100,000 pieces of wardrobe and accessories, and a large inventory of weapons. Crews speak English and are highly rated. Camera rental company Arri has a base in Budapest.

Flights from most major US cities have a connecting stop to Budapest. New York can connect via Amsterdam or London.

Public transport is well developed in Hungary, there are plenty of ports, and ferry systems available in Budapest and at Lake Balaton. Plus taxis are plentiful on the streets of most Hungarian cities.

If international productions are planning on bringing equipment in from outside the EU, the ATA carnet system would be the best approach.

Flights from most major US cities have a connecting stop to Budapest. New York can connect via Amsterdam or London.